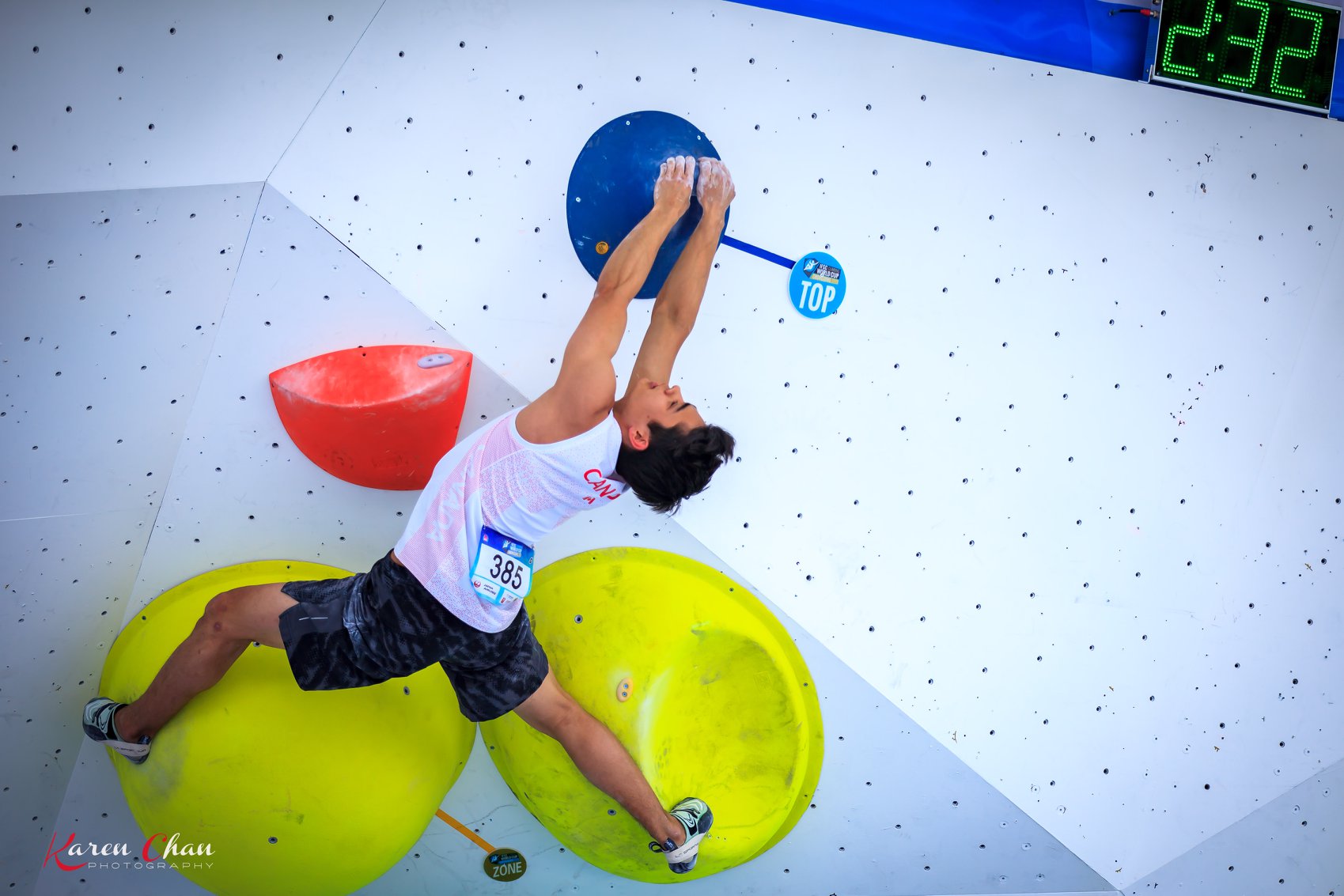 Lucas Uchida is one of Boulderz’s Open Team athletes, and recently competed in Chongqing and Wujiang, China with Team Canada at the Boulder World Cup 2019, as well as Munich, Germany at the Climbing World Cup.

Before he left for Munich, Lucas answered a few questions for us about climbing.

Why did you start climbing?

I first started climbing when I was 7 years old. I didn’t really have a reason why, but my parents probably thought it would be a fun activity to pass the time.

I tried out a few different sports such as soccer, racquetball and martial arts, but I kept coming back to climbing. I think I gravitated toward climbing because it is a sport you can do your own way.

What would you say is your top personal achievement?

I would say my top personal achievement is where I am at right now with my climbing. I have stuck with it and persevered through a lot of ups and downs to be where I am at now. I understand I have put a lot of work in, and I think that in itself is an achievement in a way.

What do you hope to achieve in the future?

I would like to be a more consistent competitor at an international level, and eventually become a world cup finalist. A personal goal I’ve set for myself is that I’d like to make the semi-finals at a World Cup this year or next year. 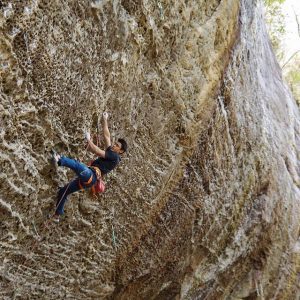 What do you do when you’re not climbing?

Outside of when I am climbing I am a routesetter and coach.

I started coaching the youth competition team about a year ago and I really enjoy that. It’s different than what I do when I’m training or setting, and it feels good to contribute to Team Boulderz in that way. I can share my competition experiences with the younger climbers.

Setting has helped me have a different mindset about climbing, because I have to think about how other people are going to feel when they approach a problem. I really enjoy when I’ve been accepted or asked to set for competitions. I spend time in the mind of the competitor and think about how to set the best route for that competition.

I don’t really have any other hobbies outside of climbing. I train inside only, so when I climb outside it’s just for fun. 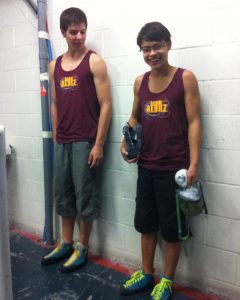 How did you find Boulderz?

I found Boulderz through researching for a youth competitive team to join. When I was 12 I decided that I wanted to train and become a better climber. The gym I was climbing at that time did not have a youth team, so I had to search for one and Boulderz was the best choice for me.

What does Boulderz mean to you?

Boulderz to me is where I can do the things I love to do. Climbing, training, coaching, setting – all are things I find fulfilling and would be much harder to do without the support Boulderz offers.